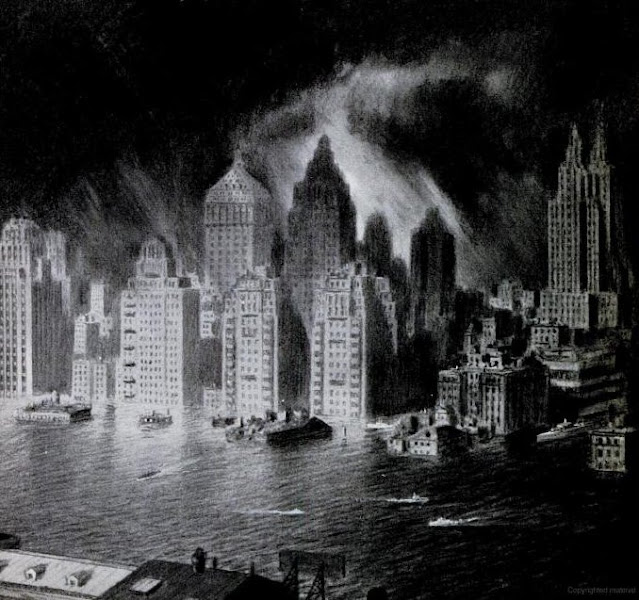 Okay, I can see for myself that locally at least the climate is getting warmer.  There is a giant glacier near me that has been steadily shrinking for at least 125 years.  What I don't see is why this is a problem.  It gets damn cold here in the winter. Warm is good if you live in the frozen north.

Over the long term climates are not stable.  There has been significant cooling and warming in  recorded history   We are being told that the earth is warming because of our profligate ways.   In 1912 Otto Pettersson, a Swedish scientist who studied the ocean tides published a prediction that the earth was entering a 400 year long warming cycle.  Some 40 years later climate scientists were already noticing that the arctic was starting to warm up.  Rachel Carson, the Silent Spring author, described Petterson's version of coming  global warming in  her  book, The Sea Around Us.  The global warming chapter of the book was condensed into an article for the November 1951 issue of Popular Science magazine, complete with  the lurid illustration above.  See for yourself.  The kicker is, Petterson's attribution for warming had nothing to do with greenhouse gases, it was because he had detected a long term cycle in the height of ocean tides that correspond to historical records of climate change large enough to affect human activity.

I do not want to get involved in the whodunit debate, but I remain privately skeptical that rising CO2 levels are the cause.   My biggest concern about the whole CO2 - greenhouse gas thing is that if it does turn out to be a false alarm it will do damage to movements for  responsible use of the environment.  There are better reasons to cut back on emitting CO2 through the use of fossil fuels,  one being that it will take somewhere around 50 million years or more to create more fossil fuels, a long wait after we have used em all up.

What totally baffles me is why everybody is tiptoeing around the real problem. There are, or soon will be, too many people.   In 100 years the human population has gone from about 1.8 billion to well on the way to 7 billion.  The impact of this kind of increase is more than just rising CO2 levels.  It doesn't require deep thought to realize that this cannot go on for ever.  The trouble with saying that there are too many people living on this planet, is that the next step is  thinking about who the planet can live without.  I've got a list... but final solutions are not necessary, the solution is simple and painless.

Consider that if everybody stopped making babies right now there would  not be a single human being walking the earth in 120 years.  From 6 and a half billion to zero in a century and a bit.

While getting everybody to tie a knot in it is somewhat unrealistic, there is a comforting trend that suggests the solution to the overpopulation problem is already in place.  It is common knowledge that birth rates have fallen to below replacement rates in many parts of the world.  In some cases, such as the Canadian Province of Quebec, and in Italy, birth rates have gone from among the highest in the world to the lowest in about 50 years.  I like these two examples because they are both predominately Roman Catholic and the RC church still is opposed to anything getting in the way of the production of new little Catholics.

The trend to very low birth rates is common to most developed parts of the world. Everywhere that having more kids has to be balanced against going without stuff you really want but don't really need. Where  mom and dad have joined the rat race to ensure they get their proper allotment of large screen TVs and luxury imported automobiles, the choice becomes;

The best part is that you can indulge in totally selfish narcissist consumerism and save the planet at the same time.  Talk about your win win!
consumerism global warming population control. narcissism