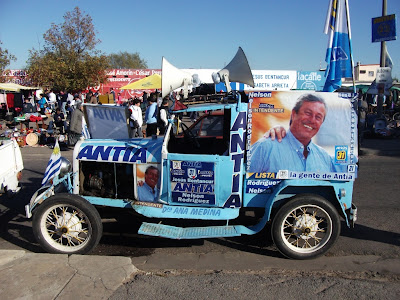 From 20 plus years spent as an uncivil servant, the Redneck would like to share what he learned about government and how it really works.

The clowns politicians who you vote for have little to nothing to do with the faceless bureaucrats dedicated public servants who actually do government.

One interaction between elected politicians and the public service that matters is the budget.  Every year politicians decide how much will be spent and what it will be spent for.  This determines how much the bur.. err dedicated public servants can do,  it doesn't change what they do, only whether they do it or not.

Government money mostly comes from taxes in one form or another.  Nobody likes to pay taxes, the only reason we do, and that politicians are still marching around with their heads attached to their necks, their bodies uncoated with tar and feathers is because we the people get real or perceived benefits from government spending.

The budget tells everyone who cares what the government  is going to spend their money on.  The annual budget is probably the only promise the government will try hard to keep.

Understanding the budget is understanding priority.   For example, if your local public school board's budget does not work out to approximately 10 to 12,000 dollars per student, they are either spending more than they have to, or maybe not enough, to give one of their students with the right stuff  a shot at Harvard and maybe a Rhodes scholarship.

Now here is the bit that most people don't get.

It is the government's purpose to spend all of its' money.  That is what makes a government different from a business.  For a business, spending less and making more is considered a good and wise thing, you would buy their stock.  But a government that consistently spends less money than it takes in taxes is incompetent or stealing, probably both.   This does not happen in democracies, not for long anyway.  A democratically elected government is more likely to overspend than underspend, which can also be a bad thing, but that is another story.  The point being made here is that a good government spends all of its' money, and a good business saves as much money as it is able,  and neither should be confused for the other.