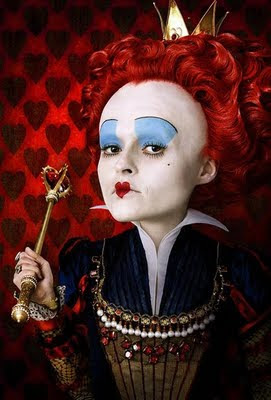 I just came across both a funny and slightly disturbing book called The New Bride's Guide to Training her Husband, by Emily and Ken Addison.  I thought it was going to be a joke, but no, these people are serious (either that or I missed the punchline).

It isn't even the only husband training book out there, but this particular book's thesis is that men need to be dominated, and that women are better suited to manage a marriage and husbands,  and therefore, should be in charge of both.

I grew up in the Dick and Jane era, when "Leave it to Beaver" and "Father knows best" were not reruns.  Then in my late teens, the bras were burned, white and male Dick's role was to be forever typecast as the perennial "Don't Bee"   screw up in every elementary school post structuralist morality play.

Reading the New Bride's Guide got me reflecting on something that has been bugging me for a long time.  In the post WWII "Mad Men" era that motivated Betty Friedan et al to revolution, it was definitely true that the workplace was a man's world.  However, it is also true that the  typical  middle class family of the fifties and sixties was ruled by the Queen,  the King a mostly absentee and powerless figurehead like King Richard in the legend of Robin Hood.   As proof I submit all the original old sit coms from the 50's 60's and 70's, think Fred Flintstone, and you can see where I am going with this.  Going strictly by my own personal experience, as opposed to revisionist feminist history, the families that I knew and interacted with, there was no question about who wielded the whip hand, and it was mom, dad was always working, playing golf or doing something in the garage.

The ascendancy of the middle class female is a fairly recent phenomenon that originates in the last half of the 19th Century.  It is hilariously described by Thorstein Veblen in the Theory of the Leisure Class.  To summarize quickly,  the Leisure Class (aka the idle rich) distinguish themselves from the 'working classes' (aka everybody else) by engaging in useless and wasteful activities as evidence of their status.  (You really gotta read this book, very funny and insightful,  -  download it for free from gutenberg.org.)  Veblen then goes on to say, as the Middle Classes gained wealth and power, they look to the aristocratic leisure class for role models.  The middle class,  by definition, is still dependent on having to earn, the middle class male works for a salary, but is able to make sufficient dough to allow wifey to join the leisure class, with little to do but engage in conspicuous consumption.  (Without going off on a history tangent, you need to fully appreciate that prior to the relatively recent rise of the middle classes, nobody voted and everybody, man, woman and child, worked; from the time they were about 7 years old until they died, with the exception of the fortunate few, the 1 percent of the one percenters, who did nothing except order people about and generally make trouble for everyone else.)

The middle class wife joining the leisure class  resulted in the overly decorated, stuffy but spotless home filled with useless stuff, an environment that compelled the men of the house to go golfing or fishing just so they could breathe free air for a few hours.  It also resulted in a restricted workplace where women were only permitted subordinate roles, all those clubs with no girls allowed, etc. etc., that the feminist movement has pretty much wiped out.

This is all good, don't misunderstand me, I am a strong supporter of women's right to work, earn advanced degrees, to join whatever they want to join, to get whatever the little darlings want.  In fact, it is my conclusion, made with perfect 20 20 hindsight, that whichever genius decided that if only one member of the family was going to work it should be the man, was badly mistaken.    The truth is that women do not handle idleness well.  Women need to be busy doing something, and if they have nothing useful to do,  they get into trouble.  Think of all the women you know, they can't sit still, or if they are sitting, they are doing something, like sudoku or scratch and lose.  Men are much better at handling idleness.  Men can sit still for hours without saying a word, or feeling the need to dust something or straighten a doily.

The solution here is obvious, women like to work, indeed, they are compelled to work.  If they are not given a useful task, they will turn to useless tasks.

Time to harness that energy, send the women out to do the heavy lifting and bring home the bacon, and let men get on with doing what they do best.  Nothing.