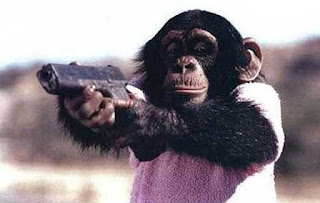 The whole Trayvon Martin Zimmerman thing ends with not guilty for George Z, but IMO it was the state of Florida that should of been put on trial for criminal negligence re their goofy gun law.  If Tray and George had met anywhere else than the new old south the result would have been a fat lip or a black eye for one or both of these idiots.

I wasn't there, nor did I follow the trial, where it is the job of opposing lawyers to present anything but the truth, to obfuscate the whole truth etc. etc., but I do remember being 17 as well as 28 despite being into my sixties now.

When we were 'youth', we were bad and we knew it, and in case we forgot, were constantly reminded of it.  We grew our hair and wore strange clothes, we had our own music that only we liked. That it pissed our elders off was a bonus.  Nobody wanted us hanging around.  We had our own culture and sub cultures.  The high school had two major gangs, the greasers, who smoked, wore leather coats called 'cabrettas' used some kind of greasy hair product, hence the name, some of them even smoked pot, greasers were rebels without causes, like in the Wild One,  'What are you rebelling against Johnny?'... "Waddaya Got?" the other gang were the jocks, they were the pride of  school, short hair, neatly dressed, letter sweaters, they were also given positions of responsibility by the school administration, such as prefect or hall monitor.    Each group occupied about 10 to 25% of the school's population, with the rest of us lined up somewhere between the two.

Most of us, whether we were from the greaser or jock end of the continuum attempted  to obtain liquor illegally, fantasized and discussed  screwing girls, some even succeeded, we bullied and were bullied, we fought, we stole, we lied, we cheated, we played deadly games with our cars, and we engaged in behavior that would have landed us in jail had we been caught.  When there was a school dance you could count on a fight, usually between the greasers and jocks, or the school vs gate crashers from another town or district.   We all got crazy stupid, jocks as well as greasers were equally likely to commit random illegal acts or vandalism at the drop of a dare.  We did not need race to know who our enemies were either, if you were with the other guys, you were wise to enter enemy territory with lots of friends.

The greasers had the JD thing going for them,  they were expected to have some type of weapon, such as a switchblade, zip gun, or even a saturday night special.   While some definitely had them, I do not recall that they were ever used, other than displayed, as back then possession of a weapon was a serious criminal act that would not be ignored or written off as youthful hijinks.  The jocks were more likely to just beat someone up (aka assault with intent).  And before you say I must have lived in a bad neighborhood, I lived in a lot of neighborhoods, ranging from blue collar to upper middle class, and  all of them were bad, with maybe some of the worst rich kids tending more to extreme random psycho behavior  and some of the poorer kids had already chosen to become professional career criminals.   The greatest majority of us managed to get through all the sturm and drung unscathed and without criminal records, more through good luck than good behavior.  To be fair, there were some law abiding kids too, but they weren't cool, and their girl friends were ugly.

I also recall from those years some of my cohort who wanted to be cops, and who succeeded in their ambition and who did not.  There was a guy who kept getting told he could not pass some English test or other, so he kept taking remedial classes and he kept failing,  but those of us who knew him well knew that there was no way this person should ever be allowed to be a cop, and we suspected that the cops, dumb and out of touch  as they obviously were, knew it too.  It also seemed that more than a few of those who did succeed in becoming cops  had sailed closest to the wind during their pre-cop youthful indiscretion period.

We associate gang behavior with the wrong side of the tracks, but the truth is that gang behavior is a fact of human life, found where ever there are young human males.  The Hells Angels are a gang, so are Crips and Bloods, but also the police, campus fraternities, high school football teams, and probably even the boy scouts.  Start with two young males throwing their weight around, and if unstopped it will escalate.   Which is why it is important that sharp pointy things and things that go bang are kept away from them.

This was published a year ago, but went back to draft for some reason, so here we go again. The red neck remains not entirely convinced that one side or the other was right about climate. What swings me to the agnostic side are things like the University of Alberta's apparent firing (officially she resigned) of their Vice President of Community Relations for daring to suggest that global warming might not be all bad.  To put this into context, the University of Alberta is located in Edmonton.  Edmonton has the dubious distinction of being the farthest north city of more or less one million population in the western hemisphere.  Winters here are long and cold, anyone who can flees south for winter, including many of our birds.  Despite all this, Edmontonians in the public eye are supposed to profess that even here warming will be catastrophic or risk their career and reputation. Alberta also has oil and gas, lots of it, including the infamous tar sands.  Alberta has long been
Read more