How to stop anthropogenic climate change 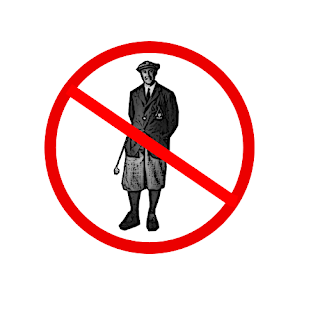 There is growing consensus that human activity is causing climate change.  I remain skeptical, but having said that, it cannot be denied that human activity does impact the environment and the more humans the greater the impact.  Regardless of where people stand regarding the environment,  surely at some point everyone must agree that turning the world into a Walmart store or a parking lot for a Walmart store has to stop somewhere. So what do we do about it?  We could stop making babies. This is already happening as people realize that a kid costs as much as a Ferrari, and  a growing percentage of the population would rather have a Ferrari than a kid.  That is all well and good, but the population boffins are predicting that the effects of the coming unbaby boom will not be seen until 2050.  I am leaning to adopting a more proactive approach, therefore, as a public service, I am making a list of all the people we don't need anymore. Such as; People who do long and compli
Post a Comment
Read more

How to make your Hummer cool.

Coolness is undefinable, it's one of those, 'If you have to ask, I can't explain it.' things. Hint, A brand new new Lamorghini Gallardo  is totally uncool, but a pristine four door Chevette  is ultra cool.  One thing that most of us can agree on is that the now (mercifully) defunct General Motors built Hummers (not the original AMG versions) are seriously coolness impaired.  But there is coolness redemption for Hummers.   Check this out.   This has to be the coolest thing anyone could ever do with a Hummer.   Even cooler than this.
Post a Comment
Read more

The true difference between Canada and the USA

Fully 54% of my 11 site visitors readership is from the USA, so it is time for the left wing redneck to explain the difference between the USA and Canada.  The redneck knows that most USians know little about what goes on up here (and could care less), but this will be offset by Canadians loving to read self serving comparisons between themselves and their southern neighbors. It is little understood that Canada is (and always was) conservative and the USA is (and always was) liberal.   I am sure that my southern neighbors will be as surprised to hear this as my fellow country persons, but it is true.  The redneck has heard the vicious anti-Canuckian commentary by  'conservatives' Ann Coulter and fellow travellers that  liberal  Canadians,  i.e. socialists, kowtow to a nanny government which has taken away their guns and forces them to stand in line for medical treatment. All true.   Except that political commentators have cunningly redefined the meaning of conservative a
Post a Comment
Read more 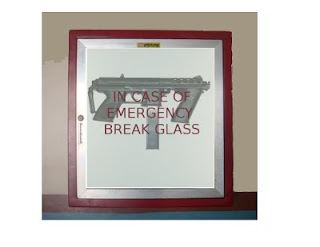 As a Canucklehead, the left wing redneck is often  bemused and  amused by his southern cousins.    Walt Wawra, a Kalamazoo cop holidaying in Calgary Alberta,  complained about feeling threatened during an encounter with local youths. Due to Canada's repressive gun laws, Walt was unarmed, so he was forced to end the confrontation peaceably instead of inviting the punks to make his day, or querying them if they felt lucky.  Shortly thereafter came the Dark Knight shoot em up in Colorado, followed by the attempted ethnic cleansing of the Sikh temple by a lone gunman in Wisconsin. So I am thinking, this cop on a holiday in Canada doesn't feel safe without a gun in his pocket, but after Walt is back home, everywhere is getting shot up by crazies with guns.  WTF!! Why didn't the Colorado nut job go down in a hail of return fire from the Batman audience? Where were the off duty policemen with their off duty guns, where was the citizenry exercising the constitutional 'righ
2 comments
Read more

thanks to wikipedia Everyone who has ever had anything to do with the social research or polling industry will have heard the story about how all the opinion polls were so positive that Thomas Dewey was going to defeat Harry Truman in the 1948 US presidential election that the Chicago Tribune declared Dewey the winner the morning after the election.   The reason this happened, say opinion pollsters, is that the polls predicting a republican victory were done by telephone, and failed to account for democratic voters being less likely to  have telephones than republicans, telephones still being a luxury in 1948.   This is not necessarily a problem if  pollsters know that say, 90% of the  republican voters have telephones vs 80% of the population that vote democrat.  If this is known, mathematical adjustments are applied, and the poll becomes more accurate.  Because the results were so embarrassing, they figured out what they did wrong, and opinion polling has been fairly accurate
Post a Comment
Read more

My life as a pirate 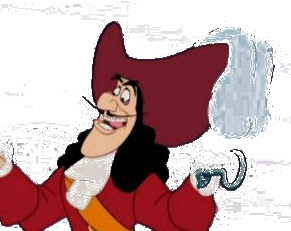 It was the summer of  '85 when I took a University course on personal computers.   One of the TAs gave us a lecture on why it was our duty to pirate copy computer software.  Her logic was that legal copies of software were outrageously overpriced and the capitalist running dog monopolist software makers needed to be taught a lesson.     I never really took that lecture to heart, when I got my first computer, a Commodore 64, I found the software for it very affordable, and boughten software came with excellent manuals, a necessity in the days of the command line interface.  I bought the Commodore because I needed a word processor, and Paper Clip for the Commodore was a huge leap forward from fighting with handwritten drafts, typewriters, and correction fluid in order to submit the dreaded 2,000 word essay. That Commodore served my needs for years before I upgraded to a PC 'IBM clone' running MSDOS and Windows 3.1.  It was an amazing machine for one used to the C64 hooked
Post a Comment
Read more

So what is smart? 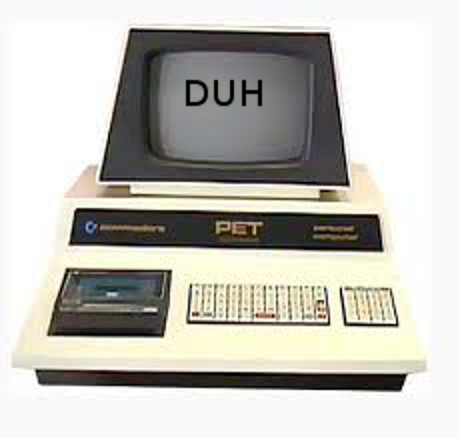 The interesting thing about artificial, so called, intelligence is that machines like computers and what we call robots are best at the things that are associated with smartness, like being able to do mathematical calculations in seconds that would take centuries using paper and pencil, or playing chess at grand master levels.  What computers and their smart robotic cousins are very bad at are the things that any idiot is capable of, like being able to walk from one place to another without falling over,  having a conversation, or carrying out instructions that are not pre-programmed somewhat inflexible commands. There is not one robot out there of any size or complexity that can match the multiple capabilities and complex behavior of an ant with its brain about the size of a grain of sand. Which has me wondering, if machines can do the things that smart people can do better than smart people, but can't do the simple things that stupid people can do better than stupid people..
Post a Comment
Read more
More posts