Officially Canada is 100% metric, but in reality our heights are in feet, we weigh ourselves in pounds, but we buy our steaks in kilograms and put liters in our gas tanks.  There are several good reasons to use imperial measure and some bad ones. The best reason for imperial is that we share many products with our imperialist cousins, the excitable states.  Most of the stuff we buy,  food weights or volumes, cooking temperatures, building products are manufactured, measured and sold in feet, inches, gallons, quarts, liquid ounces or in Canada as awkward conversions to metric no one uses, such as a 3.78 liter one US gallon can of paint.    A bad reason to use imperial might be old fartism, of which I could be guilty.  When I learned to measure it was in imperial, but stick with me a for a moment.  When the 18th century enlightenment era philosophes (bored French rich people) contemplated ridding society of archaic measuring standards, such as the length of some long dead king's f
Post a Comment
Read more 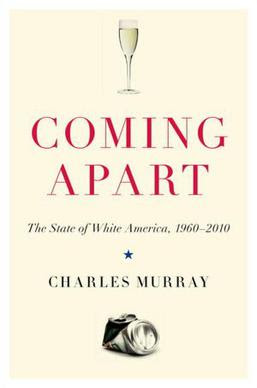 Charles Murray, a political scientist, is worried about social breakdown of the USA.  He has authored numerous books and articles criticizing social welfare policy and people who score low on IQ tests, especially if they weren't white.  Murray uses census and survey data to show what should by now be obvious to everyone familiar with the USA. Some people are doing spectacularly well, and a large number are seemingly locked into a downward mobility spiral from which there appears to be no escape.  This time he confines his observations to the white population to avoid muddying the waters with race, unlike a previous book, The Bell Curve . Murray attributes the  decline of the white working class to the breakdown of the two parent family, laziness, failure to attend church regularly and dishonesty, as in not respecting the law.  Distressingly, Murray notes that working class IQ and SAT (Scholastic Achievement Test) scores are getting lower. The upper middle class is also complici
Post a Comment
Read more 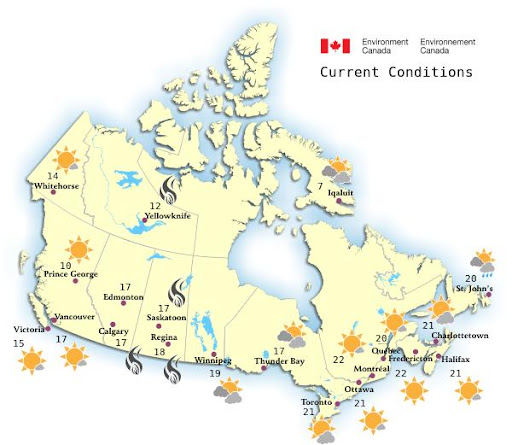 This was published a year ago, but went back to draft for some reason, so here we go again. The red neck remains not entirely convinced that one side or the other was right about climate. What swings me to the agnostic side are things like the University of Alberta's apparent firing (officially she resigned) of their Vice President of Community Relations for daring to suggest that global warming might not be all bad.  To put this into context, the University of Alberta is located in Edmonton.  Edmonton has the dubious distinction of being the farthest north city of more or less one million population in the western hemisphere.  Winters here are long and cold, anyone who can flees south for winter, including many of our birds.  Despite all this, Edmontonians in the public eye are supposed to profess that even here warming will be catastrophic or risk their career and reputation. Alberta also has oil and gas, lots of it, including the infamous tar sands.  Alberta has long been
1 comment
Read more 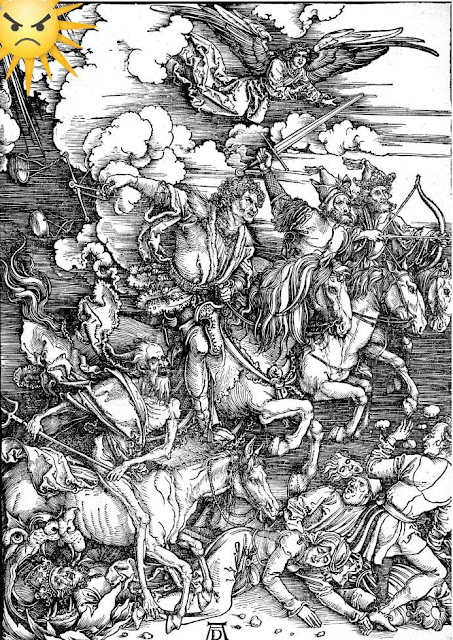 https://en.wikipedia.org/wiki/Apocalypticism#/media/File:Durer_Revelation_Four_Riders.jpg So, it turns out that global warming started 100 years ago .  This is really bad news if increased carbon dioxide levels are responsible for global warming. In 1900 it is estimated that the 296 ppm CO2 level was only 16 ppm higher than they were before the industrial revolution started to impact CO2 levels (280 ppm in 1800).  Let's review what that implies.  In 1804 world human population was about 1 billion. World wide coal consumption could be measured in thousands of tons, mostly for heating homes in the few places where coal could be found or transported.  There were no gas or oil wells except maybe a few in China. And other than a few steam engines in England there were no cars, trucks, trains, airplanes or stationary machinery running on fossil fuel. So, if the solution to reduce CO2 to pre-industrial levels in order to halt  global warming, and to do this will require tota
Post a Comment
Read more 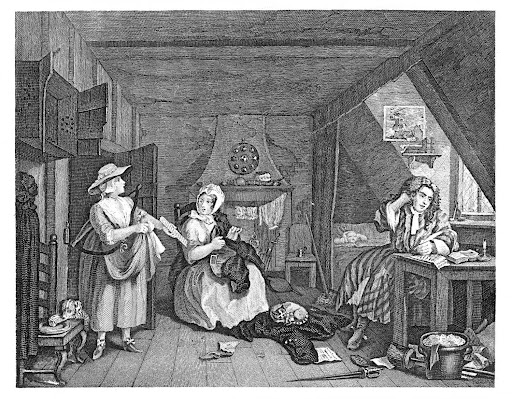 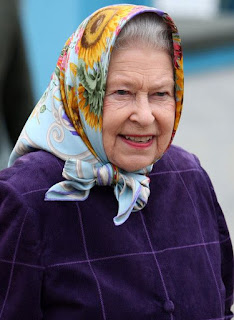 Well the leaves are falling, but signs are springing, another election, Yay!  Alberta Conservatives got their well deserved comeuppance a few months ago, and now it is time for the Federal version to walk the plank. So what's the major issue that will determine the outcome of this election?  Based on the latest media reporting, it appears that what will determine the election won't be the economy, or how Canada will stop global warming, but what ladies are going to be allowed to wear on their heads. Hmmm.  The Left Wing Red Neck has managed to make it through life more or less safely by following a few simple rules for survival, one of which is telling ladies what they should or should not wear is a really bad idea. Following an exhaustive 15 minute google session, the Red Neck has determined that the apparent objection to head covering is focused on ladies of the Islamic persuasion.  It seems that Islamic ladies are being forced to cover their heads by th
Post a Comment
Read more
More posts