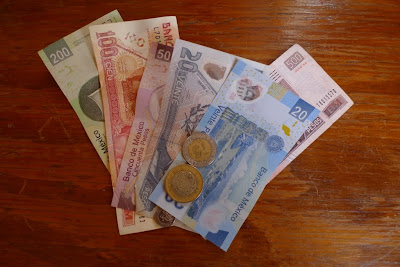 I am sure you are all familiar with the following example of why we need money. "If you have an ounce of weed, and you want a bottle of whiskey, without currency you have to find someone who not only has a bottle of whiskey, but also wants an ounce of weed and will agree to the trade." blah blah blah.... (with partial thanks to HowStuffWorks.com) I have come to the conclusion that money is really time and dirt or,  T+D=$.  You plant some weed seeds in dirt.  You add time to cultivate and watch over the crop while it grew, and more time to harvest it.   The bottle of whiskey has a similar provenance, someone or several someones grew the ingredients (dirt+time), processed them (time), made bottles (dirt+time). etc. etc..  Everything started as some combination of time and dirt.  Maybe more of one than the other,  digital porn is mostly time,  a cubic yard of  uncut diamonds is mostly dirt.  Most of us are engaged in some form of investing time and dirt into things that ot
Post a Comment
Read more 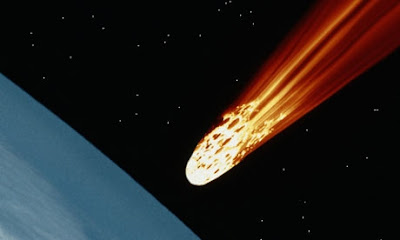 How I survived the end of the world. As a member of the boomers, my first memories are of the 1950's, I had my 10th birthday in 1960, I remember seeing Sputnik zooming over the night sky, when the Beatles came to town,  the Kennedy assassinations, disco (the lost years), the eighties, nineties and oughties are a bit of a blur, but I was there.  But mostly I remember that whenever some doomsayer starts talking about the end of everything, I remember that I have heard this before. Nuclear holocaust.  A close call that lasted through my school days, 1955 through 1968.  Long range nuclear bombers and ICBMs  and real life Dr. Strangeloves meant no one was safe.  Underground fall out shelters were built in back yards, more elaborate versions were constructed to house VIPs all over the world.  Every village and town got an air raid siren.  Schools gave nuclear bomb drills (we dived under our desks.)   Hysteria peaked with the Cuban missile crisis, after which people progressively los
Post a Comment
Read more

November 13, 2011
A few days ago, surfing the morning news, I came upon this article .  According to the headline we are headed irreversible climate change.  The article quotes the IEA, or International Energy Association.  I had never heard of the IEA, but fortunately, wikipedia had, IEA is an  international policy group who's members are the many of the major national governments, that advises its members on energy consumption and production policy.  Visiting the IEA website quickly turned up  the  press release that was clearly the source of what the UK Guardian was making all the fuss about.  A few days later, my news surfing turned up this opinion piece by  Victoria Times columnist Iain Hunter, who presents us with an unattributed  morality play  from 56 million years ago, a version of it can be found here , in addition to a Guardianesque take on the IEA press release. The IEA article is about energy infrastructure.  What it is saying is that if nothing is done we will have invested our co
Post a Comment
Read more

Over the years there have been many examples of corporations acting irresponsibly, unethically, illegally in  pursuit of profit. About 100 years ago, United Fruit turned most of Central America into their own private banana plantation.  They did it through suborning corrupt local government and if that didn't work well enough they called for the US  Marines. The tobacco industry's efforts to increase the nicotine addictiveness levels of their product to ensure customers remained faithful consumers,  buying research to discredit studies that proved smoking was hazardous and  advertising strategies to recruit kid smokers are familiar to everyone.   Another splendid example is DeBeers and diamonds.  Mountains full of diamonds were discovered in the Transvaal Republic.   The resulting diamond rush led to a predictable influx of immigrants, black, white and asian into the Transvaal, including a Brit named Cecil Rhodes who managed through various means to buy up most of the dia
Post a Comment
Read more Okay, I can see for myself that locally at least the climate is getting warmer.  There is a giant glacier near me that has been steadily shrinking for at least 125 years.  What I don't see is why this is a problem.  It gets damn cold here in the winter. Warm is good if you live in the frozen north. Over the long term climates are not stable.  There has been significant cooling and warming in  recorded history   We are being told that the earth is warming because of our profligate ways.   In 1912 Otto Pettersson, a Swedish scientist who studied the ocean tides published a prediction that the earth was entering a 400 year long warming cycle.  Some 40 years later climate scientists were already noticing that the arctic was starting to warm up.  Rachel Carson, the Silent Spring author, described Petterson's version of coming  global warming in  her  book, The Sea Around Us .  The global warming chapter of the book was condensed into an article for the November 1951 issue of
2 comments
Read more 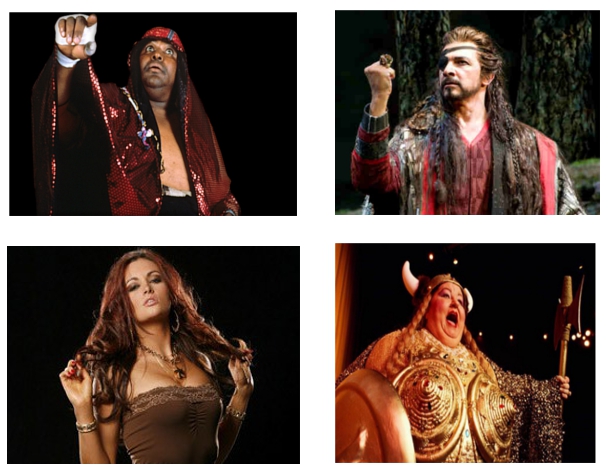 Culture is universal.  It was once believed that culture was something that only the refined classes and foreigners had, but  that isn't true any more if it ever was.  Everyone has culture, even yogurt. Take for example, opera and WWE pro wrestling.  The similarity is obvious. For those who aren't sure what to wear when attending a WWE event or an opera, it is less important than it used to be, but still critical is choice of headgear,  and transportation; Art and artists are always vital to culture.  Unfortunately, for an artist to be recognized as great, it is necessary for to lead tortured lives and die in poverty, or at the very least, live the majority of their lives in obscurity, privation and rejection before they can be recognized as great.   Artists whose work enables them  to support themselves in comfort will pay the penalty of being dismissed as trivial after they are dead.  Famous Artists' self portraits. Match the painting to the artist. (  ) Never s
Post a Comment
Read more